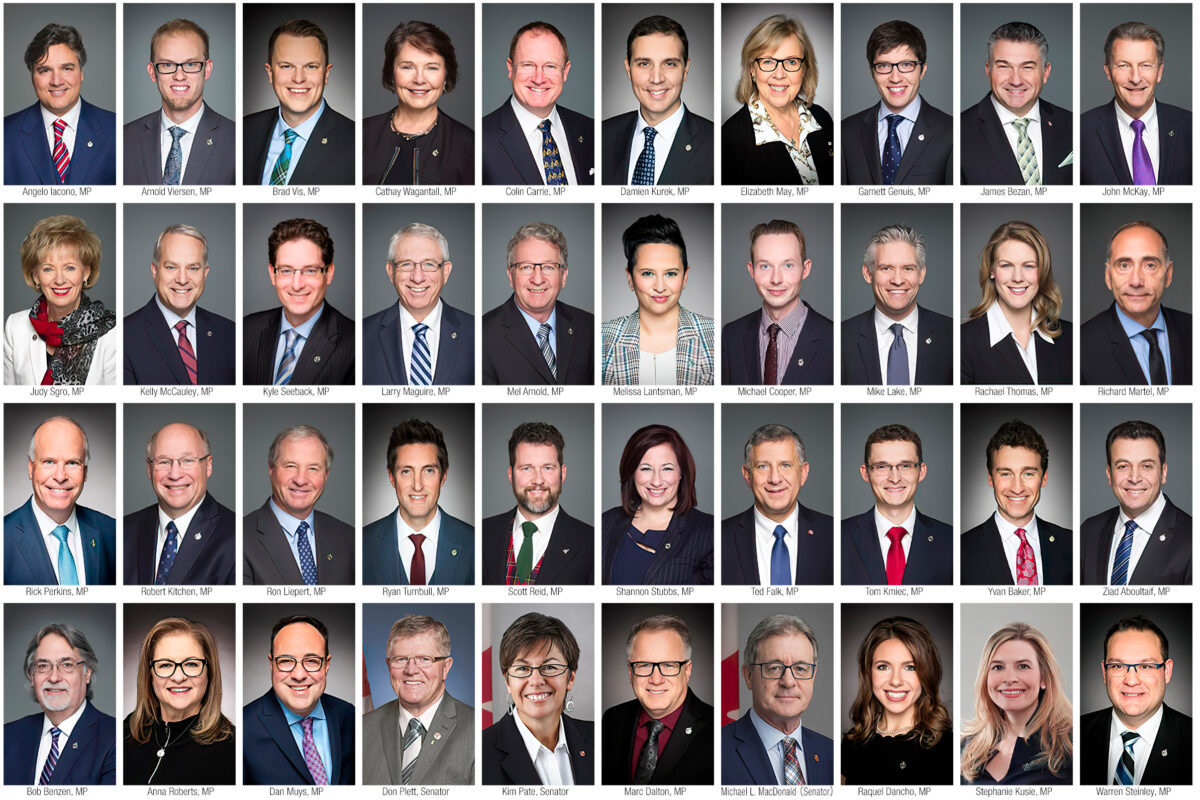 Forty Canadian parliamentarians from various parties are urging the federal government to call on the Chinese Communist Party (CCP) to end its persecution of Falun Gong adherents in China. They also want Global Affairs to include specific mention of Falun Gong among other persecuted groups in its policy framework for China.

“We, the undersigned parliamentarians, urge the government to explicitly include Falun Gong in Global Affairs Canada policy. China’s policy framework (while other persecuted groups are mentioned), condemn the CCP’s continued attack on this peaceful faith, and call for an end to the persecution in China,” the parliamentarians say in a letter to Prime Minister Justin Trudeau and the Minister of Foreign Affairs Melanie Joly.

A section related to China’s strategic framework in Global Affairs’ “Departmental Plan 2022-2023” reads: “Canada will continue to denounce China’s repression of the Uyghur and Tibetan peoples, and all religious minorities in China. »

The missive precedes July 20, which marks 23 years since the CCP launched “a systematic and brutal campaign to eradicate Falun Gong, a spiritual practice guided by the principles of Truthfulness, Compassion and Forbearance,” he said.

Falun Gong, also known as Falun Dafa, rose rapidly in popularity after it was made public in China in 1992, with official government surveys showing that between 70 and 100 million people across the country considered themselves to be followers of traditional spiritual practice. However, according to Falun Dafa Info CenterCCP authorities, including then-leader Jiang Zemin, saw Falun Gong’s popularity as a threat and, on July 20, 1999, launched a massive campaign of persecution to eradicate the practice.

Since then, countless adherents have been unjustly imprisoned, many of whom have been tortured to death, while many others have fled the country to escape persecution. After reports surfaced in the early 2000s that the regime was involved in forcibly harvesting organs from Falun Gong prisoners of conscience to fuel China’s lucrative organ transplant trade, the late former MP David Kilgour and Winnipeg lawyer David Matas launched an investigation into the matter in 2006. Their subsequent report corroborated the allegations.

An independent tribunal in the UK presided over by Sir Geoffrey Nice QC, who previously led the prosecution of former Yugoslav President Slobodan Milosevic at the International Criminal Court, concluded in 2019 that Falun Gong followers are one of the main sources of supply for the forced organ harvesting trade in China. . The court reviewed the available evidence and heard from more than 50 witnesses.

“The atrocities are well documented by human rights organizations/experts, such as Amnesty Internationalgovernment agencies and the United Nations,” the parliamentarians’ letter reads, while also referring to the independent panel’s finding.

He adds: “For example, in June 2021, a Statement by 12 United Nations Special Rapporteurs said they were “extremely alarmed” by credible reports that forced organ harvesting is targeting Falun Gong practitioners in detention. This follows United States House Resolution 343passed unanimously in 2016, “expressing concern over persistent and credible reports of systematic and state-sanctioned organ harvesting” from Falun Gong practitioners in “large numbers.”

The letter cites a 2015 report by liberty house which states that “hundreds of thousands of adherents have been sentenced to labor camps and prison terms, making them the largest contingent of prisoners of conscience in the country”.

“Nearly a decade ago, UN Special Rapporteur Manfred Nowak reported that “Falun Gong practitioners accounted for 66% of victims of alleged torture while in government custody,” the letter added.

Quoting a study Led by Canadian researchers and published in the journal Genocide Studies and Prevention, the letter notes that “academics have concluded that the CCP’s eradication of Falun Gong is genocide.”

The letter also mentions the case of Canadian citizen Qian Sun, who is being held in prison in China for her belief in Falun Gong. He adds that 12 family members of Canadians are going through the same ordeal in China because they have adopted the practice.

“Unfortunately, there has never been such a disparity between a humanitarian crisis and the silence of the international community as that seen in the persecution of Falun Gong over the past two decades, where human rights experts and in law affirm that crimes against humanity are occurring,” the letter said.

“We count on the government to defend the international human rights of all persecuted groups. In particular, the Falun Gong faith community deserves explicit mention in the current Global Business Policy Framework for Chinafrom which he has been excluded, while horrific acts and hatred continue to target them in China as well as here in Canada.

Omid Ghoreishi is an Epoch Times reporter based in Toronto.