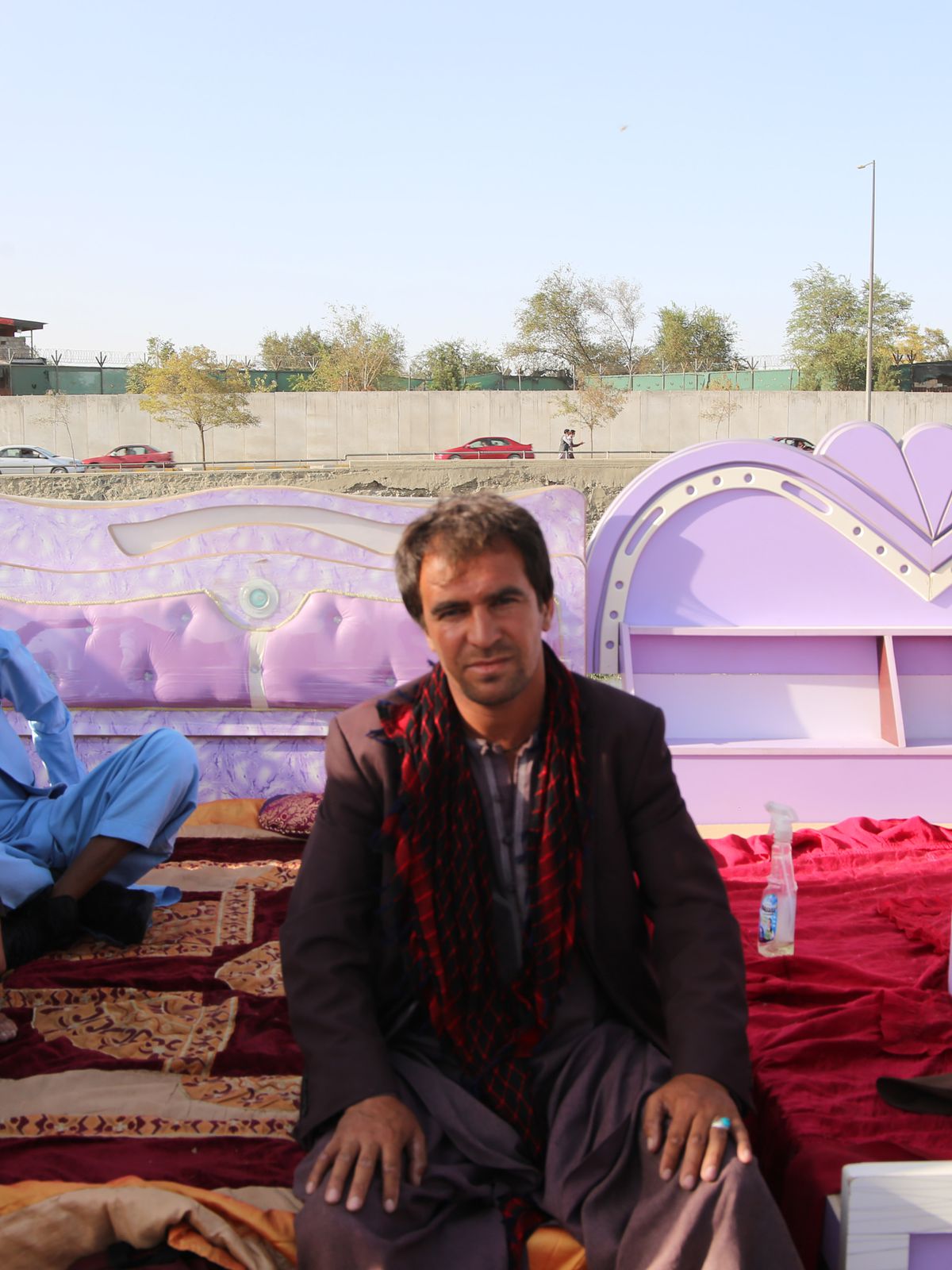 “I was one of the best known musicians in Kabul,” Farwid Parwani said on the phone from the capital of Afghanistan, “and now I sell my family furniture to survive.

The 31-year-old singer has dozens of photos and videos of him performing at once bustling cafes and restaurants in the Afghan capital, but he says he’s now on the streets surrounded by beds, wardrobes, drawers and a cot. All of this is now for sale. The new Taliban government recently banned the performance of music – as it did when it ruled in the past – leaving it unable to earn a living, so it does what it takes to survive.

Mr. Parwani is just one of thousands of Afghans who say they trusted the Canadian government‘s promise to welcome thousands of at-risk people from Afghanistan, but now feel abandoned.

“About six weeks before the Taliban took control of the country, the Canadian Embassy contacted the Union of Musicians and Singers of Afghanistan, of which I was the director,” he said. “They said they were working on a program to help Afghans who worked in the creative industries escape the Taliban if they won the war, and they asked me for the details of our membership.”

For Mr Parwani, a father of six, including a disabled son who needs regular medical care, this was a potentially life-saving offer. Together with Haji Nadir, the president of the musicians’ union, he put together a list of around a thousand members, with their contact details. “We handed over a hard copy to the embassy and were told we would be contacted soon,” he said.

He and the other musicians waited months and expected to be contacted when the Taliban stormed into Kabul in mid-August. But no one he knows has ever been called, and he has now lost confidence that the Canadian government will ever keep its promise.

“We were given false hope,” he said. “Now the musicians in Kabul are street vendors or beggars, and no one is helping us. “

In August, the Liberal Party pledged to spend $ 350 million to resettle at least 20,000 Afghan refugees from various vulnerable groups, including media workers, prominent women, LGBTQ people and others in the profession. or previous work with Canadians puts them at risk of retaliation or persecution by the Taliban. After Prime Minister Justin Trudeau was re-elected in September, the federal government increased the commitment to 40,000.

But that promise was kept with serious delays and logistical challenges that have raised questions about whether it can ever be kept.

People still in Afghanistan who have tried to come to Canada say they have been left on hold, with no response to their requests or requests for follow-up.

Abdul Majid Ahadi has been a journalist and filmmaker for Afghan Radio and Television since 2019 and has requested resettlement with the assistance of the Organization for the Defense of Journalists’ Rights, based in Tashkent, Uzbekistan. He says he and six colleagues had been referred by an authorized NGO. But when they tried to contact the Canadian government to follow up on their requests for help through multiple channels, they received no response.

“While the government’s resettlement goals are admirable, the reality is that very few at-risk people have been evacuated to Canada, and many remain in grave danger,” said Farida Deif, director of the Canadian branch of Human Rights Watch. “This process has proven to be unnecessarily difficult and political leadership is desperately needed.”

Those Afghans who have successfully resettled are desperately worried about those who remain. Shabnam Salehi, the women’s rights commissioner of the Afghan Independent Human Rights Commission, was also contacted in July and said she was qualified for resettlement. She managed to leave Afghanistan at the very end of August after several unsuccessful attempts. Ms Salehi and her family – who followed her on the very last evacuation flight – now live in Toronto.

“I am very grateful that my family and I are safe,” said Ms. Salehi. “But there are thousands more – activists, academics and human rights defenders – who remain at risk. No one that I know of who might be eligible for relocation has been contacted by anyone within the Canadian government to assist.

Many serious logistical obstacles remain. For private sponsorship, Afghans must have official refugee status certified by the United Nations Refugee Agency (UNHCR). But most international NGOs, including UNHCR, have a very limited presence on the ground in Afghanistan and lack the resources to treat so many people. Many Afghans, including Mr. Parwani, do not have passports and the Taliban have yet to start reissuing them. While the Canadian government claims to have secured a commitment from the Taliban to allow Afghans with resettlement offers to leave unimpeded, it has no way of enforcing this.

Canadian officials still defend the plan, but admit it is taking longer than expected. “During the international airlift from Kabul in August, Canada evacuated more people than any NATO country,” said Alexander Cohen, spokesperson for Immigration, Refugees and Citizenship Canada. “Some 4,800 Afghan refugees have arrived in Canada and over 1,700 are currently in transit points. “

He acknowledged, however, that “there are many obstacles that make this job considerably more difficult than previous resettlement initiatives like Syria. There is no existing infrastructure to support our work; our reference partners like the UNHCR are still being established and the situation remains very dangerous.

He also reiterated that Canada was not going to recognize the Taliban and that it was unlikely to renew its diplomatic presence on the ground in Afghanistan, but stressed that “Canada’s commitment to refugees and people vulnerable is part of who we are as a nation, ”adding,“ We ​​plan to deliver on our commitment to welcome 40,000 refugees over the next two years. “

Back in Kabul, Parwani says he is now trying to raise enough money to bring his family to Pakistan, where they have a better chance of finding asylum. “I believe we can get some help there,” he said. But when he earns around $ 2 a day buying and selling trinkets, it could be a long way off.

Ms Salehi, the women’s rights advocate now in Toronto, points out that the Canadian government needs to do much more to ensure that its promise to support Afghans at risk is kept.

“Their commitment to Afghans in need has been incredibly generous. But they don’t have a clear vision of how to get there.

Our Morning Update and Evening Update bulletins are written by the editors of The Globe, giving you a concise summary of the day’s most important headlines. register today.