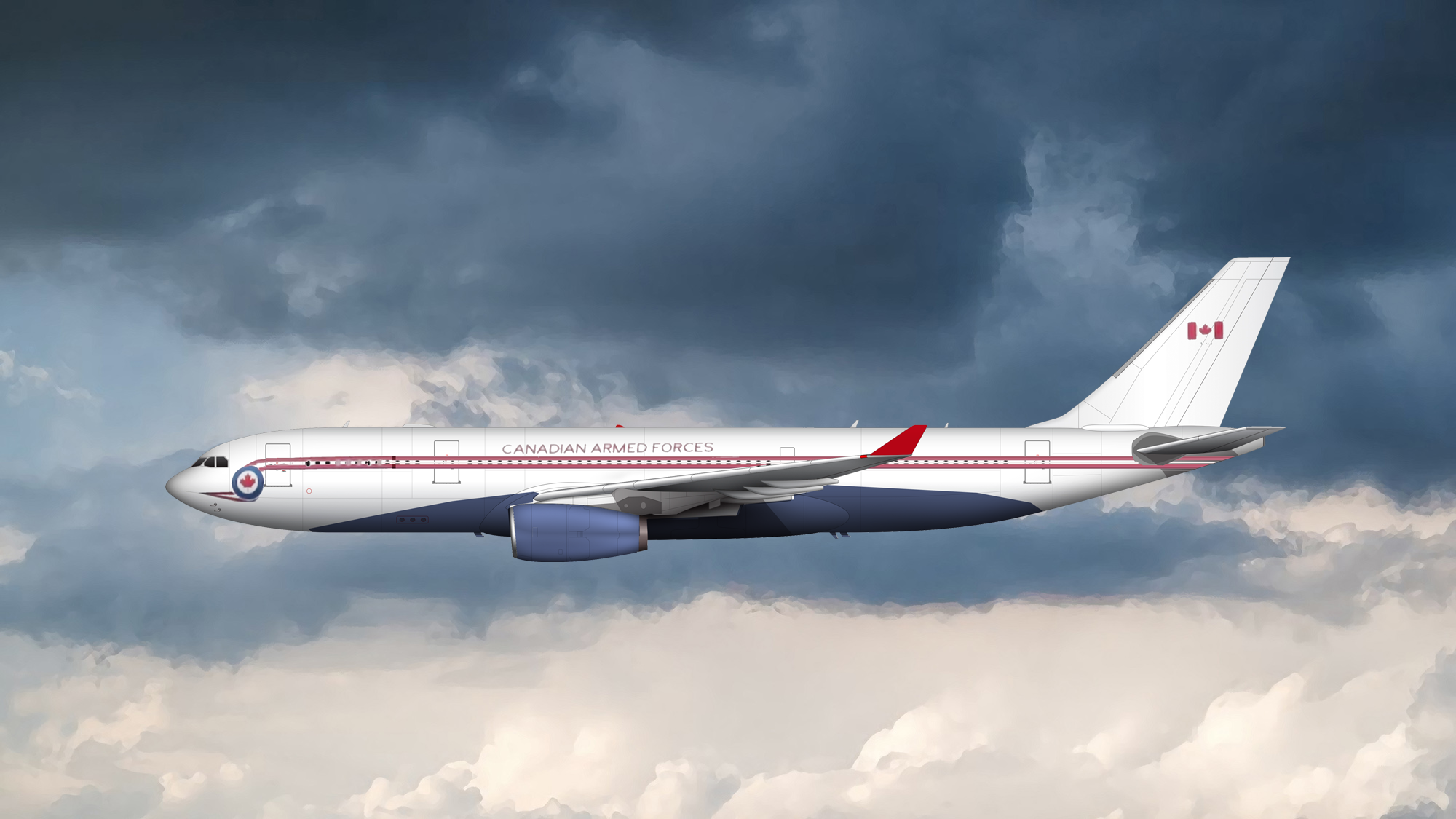 Airbus A330 variant set to become Canadian government’s next aircraft

The Canadian government is looking for aircraft to replace the five aging CC-150s in its Air Force. The planes are military adaptations of the Airbus A310-300s, which can be tasked with carrying the Prime Minister of Canada on international missions. Recent reports indicate that Airbus has been deemed the only qualified supplier for the new aircraft – which will also include in-flight refueling capabilities (as tankers).

An agreement estimated at 4 billion dollars

According to The Citizen of Ottawa, Airbus has become “the only qualified supplier” to deliver the Canadian government’s new fleet of tanker and VIP aircraft.

Sources estimate the deal, which is expected to consist of six planes, could be worth up to C$5 billion (US$4 billion) – although the final cost is yet to be determined.

The aircraft that will fill the position within the Royal Canadian Air Force is the Airbus A330 MRTT, which stands for Multi-Role Tanker Transport. The type, based on the A330-200 airframe, has a dual role in that it is capable of providing aerial refueling as well as transport.

The head of the Department of National Defence’s procurement office, which oversees major air and ground equipment projects, noted that discussions would soon begin with Airbus. It is during these discussions that the Canadian government will define the specific capabilities needed. A request for proposals (request for proposals) is expected to be released later this year.

This procurement project will cover a long period as it is hoped that the contract will be in place before spring 2024, with the first of the jets operational in 2028.

“The A330 is a big plane with a lot of fuel capacity in its wings… You can actually do a strategic air-to-air refueling mission while taking on a load of passengers. You can do both simultaneously. -Terry Wood, Office of Procurement, Department of National Defense via The Ottawa Citizen

Industry sources noted that Canada also received a response to its request from Boeing, which had offered the 767-based KC-46.

The aircraft type that the A330 MRTTs will replace is the CC-150 Polaris, based on the Airbus A310. According to Planespotters.net, there are five of these jets in the RCAF fleet, two of which are MRTT variants.

A single aircraft, registration 15001, has the specific role of being a VIP transport for the Prime Minister of Canada. The average age of the five devices is 33.5 years.

“The CC-150 Polaris is a long-range, multi-purpose aircraft used for military passenger, cargo or medical transport. Two of the Royal Canadian Air Force’s CC-150s are equipped for aerial refueling, and each can carry enough fuel to carry four CF-188 Hornet fighters across the Atlantic Ocean. -Royal Canadian Air Force

Other countries using the A330 MRTT

A number of other countries and their armies have also ordered the A330 MRTT. The list includes Australia, France, the United Kingdom, Saudi Arabia, Singapore, South Korea and the United Arab Emirates.

NATO is also a customer of the A330 MRTT, having purchased eight of them. Last June, Airbus delivered the first of these aircraft to NATO’s multinational MRTT (MMF) fleet.

Six MMF countries (the Netherlands, Luxembourg, Norway, Germany, Belgium and the Czech Republic) will operate the aircraft under a pooled agreement for in-flight refueling, personnel transport, cargo and medical evacuation missions – according to Aviation Today.

Do you think the A330 MRTT is the aircraft for you? Or should we choose another jet? Let us know your thoughts in the comments section.