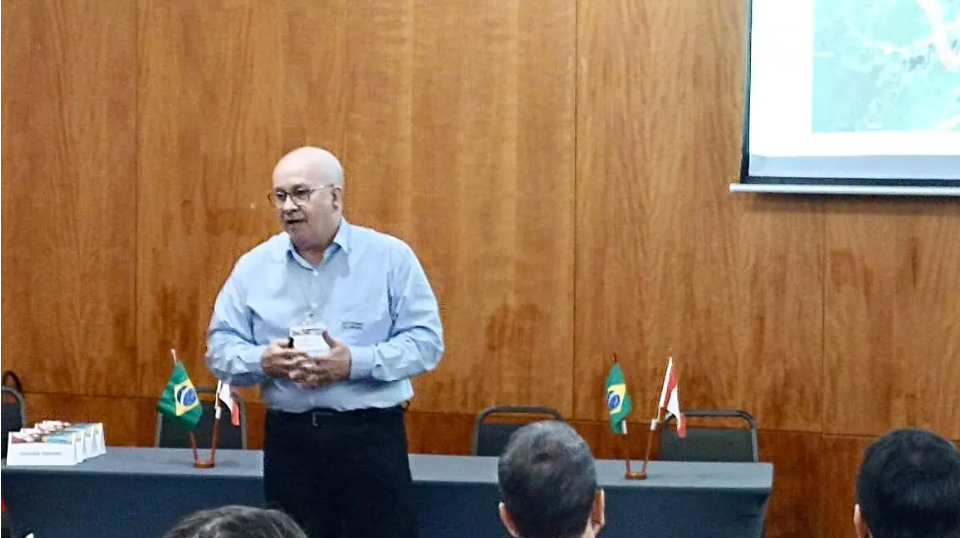 On Monday, September 12, 2022, Adriano Espeschit, President of Brazil Potash, presented the Autazes project to representatives of the Canadian government and Canadian companies during an event entitled “Breakfast Procurement Needs” held at the hotel Mercury Lourdes in Belo Horizonte.

“The event was organized by the Government of Canada, which attracted Canadian companies interested in new projects here in Brazil. Then, several companies presented their projects. And Potássio do Brasil wanted to be present to present the Potássio Autazes project,” said the president of Brazil Potash.

At the event, there were representatives from the Federal Government of Canada, the Mining Suppliers and Trade Association, the Province of Quebec and the Brazil/Canada Chamber of Commerce. In addition, several Canadian companies have sent representatives to participate.

The Autazes project is a sustainable engineering investment for the production of potassium chloride – an important fertilizer for the Brazilian agro-industry – in the municipality of Autazes. The distance from Manaus is 112 km.

The project will employ a process for extracting silvinite, a rock composed of halite (salt) and silvita (potassium chloride), which will not harm the soil or the earth’s surface environment. The chamber and pillar technique will be used throughout the extraction operation.

In order to extract the ore, which lies about 800 meters deep, the company will have to dig two shafts. The silvinite ore will be brought to the surface through these shafts and processed so that the potassium chloride (fertilizer) can be separated from the sodium chloride (cooking salt).

After the separation of potassium chloride and sodium chloride, the fertilizer will be transported by barges from a private port to be built by the company on the bank of the Madeira River. The market to which they are targeting this product is that of Brazilian agri-food consumers.

“The sodium chloride will be stored in an impermeable place to protect the soil and the water table, then it will return to the basement, filling the open chambers, that is, there will be no surface tailings at the end of the useful life of the project”, explains the president of Brazil Potash.

The project, which is now in the environmental clearance stage, has an expected useful life of more than 23 years and will place the state of Amazonas among Brazil’s leading fertilizer producers. When it reaches the average annual production of 2.4 million tons of potassium chloride, this input will meet about 20% of Brazilian demand. Preliminary studies, on the other hand, indicate that production capacity can be increased up to 45% of Brazilian demand. The project will soon be implemented and in turn will secure tax revenue for the municipality, state and union.

As a result, Brazil Potash will help reduce dependence on imports from countries such as Canada, Russia, Belarus, Germany and Israel. It should be noted that Brazil is currently the second largest country in the world potassium consumer but produces only 5% of its consumption needs.

Potassio do Brasil Ltda. (controlled by Brazil Potash) is a private Brazilian company that manufactures fertilizers. It has been present in the Amazon region since 2009 and has British, Australian, Canadian and Brazilian investors with more to come as the project develops. Potassium ore will be mined and processed in Amazonas before being turned into fertilizer.

The Autazes project is in the environmental licensing phase with the Institute for Environmental Protection of Amazonas (Ipaam) as the competent body to authorize projects in the state of Amazonas. The LP is available and the installation license is pending.

The above refers to an opinion and is for informational purposes only. This is not investment advice. Seek a licensed professional for investment advice. The author is not an insider or shareholder of any of the companies mentioned above.