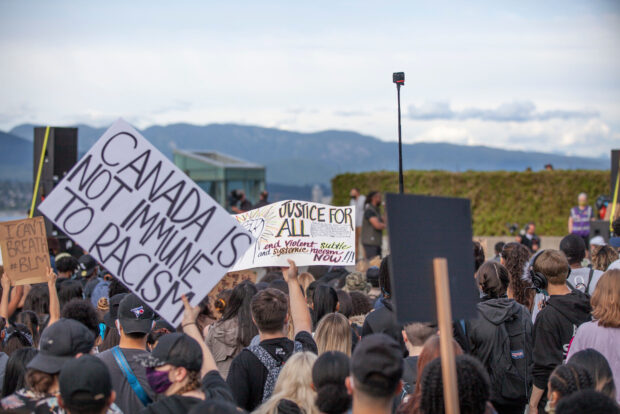 Canada has a good reputation for supporting diversity, but a lawsuit alleges continued and widespread discrimination against black public officials. Photo courtesy of GoToVan via Flickr

After the polls close in the Canadian federal election slated for September 20, the newly formed government will have to decide on the next steps in a C $ 2.5 billion (US $ 1.97 billion) class action lawsuit by its black federal workers. Alleging decades of systematic and institutional racism, the class action lawsuit – filed in the Federal Court of Canada in December last year – grew from 12 original plaintiffs to 1,100. The case was brought on behalf of all employees federal blacks who have experienced discrimination and racism in their jobs since 1970, and could cover 300,000 workers past and present.

Prime Minister Justin Trudeau has acknowledged that institutional racism is rife in the country’s public sector. “Systematic racism is a problem across the country, in all of our institutions,” he said in June. During the election campaign, he pledged that a re-elected Liberal government would establish a fund to support the “mental health of black Canadians in public service.” The pledge was seen as a softening of the stance, after the government maintained that it already had systems in place to help black workers.

Liberal Party spokesperson Alex Wellstead recently said that “Black Canadians face unique challenges in the workplace,” adding, “This is why we are committed to working on the design and creation. of this fund, which responds directly to calls from black employees in the public service and will ensure that black officials are supported, ”CBC reported.

However, the plaintiffs have promised to continue with the action. Black Class Action, which coordinates the lawsuit, said it hopes the party that forms the next government will work with black officials to address their concerns. “If they do, then they will have a willing partner,” said Hugh R. Scher, a Black Class Action lawyer. “If they don’t, they will have a strong opponent in court.”

The action says it is seeking “long-term solutions to permanently address racism and discrimination” in Canada’s public sector. Along with the creation of a C $ 2.5 billion financial compensation fund to deal with the “pain, suffering and financial loss” of black workers over the past 50 years, he calls for the creation of a Black Equity Commission charged with investigating the challenges facing black workers. , implement solutions and hold other public bodies to account. He also seeks a policy of “fair representation”, to ensure that the number of black federal employees is at least equal to that of the general population, and an apology from the Prime Minister. In addition, he wants an external reporting mechanism so that workers can report racism and harassment; and an option for people to self-identify as “black” on employee monitoring forms rather than “visible minority”.

The next potential step in the dossier is its certification. Since the landmark lawsuit brings together three original claims, a court judge must approve it as a class action suit, thus binding all the claimants together. There is no set timeline for this yet. This approval would then pave the way for legal action. Any new government will have to decide whether to continue negotiations or challenge the certification in court.

In the final days of the election campaign, several of the applicants spoke of their experiences. Carol Sip, a former employee of the Canada Revenue Agency, said her time there had become a “nightmare”. She reported several incidents of racism and harassment from her supervisor, but only two of her complaints were upheld. She told CBC she felt blacklisted for complaining and that in 26 years she was never promoted beyond her office job. “I watch young children grow up and I don’t want them to go through what I’ve been through personally, or that others have gone through,” she said.