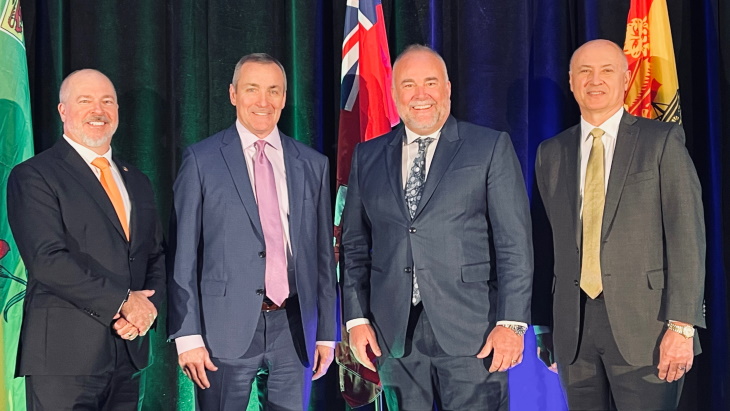 Bruce Power and Ontario Power Generation (OPG) have agreed to work together to support new nuclear technologies in Ontario. Building on shared experiences with their existing Candu fleets, the companies plan to collaborate on regulatory strategies and other enablers for a new nuclear fleet, as well as assess potential opportunities for future deployment of small modular reactors ( SMR) and other new nuclear technologies.

Ontario’s Candus already provide about 60% of the province’s clean electricity and, with major projects from both companies, will continue to support Ontario’s power grid for decades. The shared experience of operating and refurbishing their Candu reactors has allowed OPG and Bruce Power to coordinate their efforts to expand the role of nuclear energy in addressing climate change by evaluating options technologies, promoting regulatory efficiency and developing strategies to better respond to needs. of Ontario taxpayers, they said yesterday.

OPG is halfway through a C$12.8 billion (US$10.1 billion) project to refurbish the four Candu units at Darlington, which will keep the plant running for 30 years additional. Bruce began refurbishment of the first of six of its nuclear units in 2020 as part of an overall life extension plan that began in 2016. Additionally, Darlington’s new nuclear project aims to deploy a BWRX-300 SMR to Darlington by the end of this period. decade. OPG said it is preparing to submit its building permit application by the end of this year.

The recently announced collaboration with Bruce Power will help advance new nuclear options for long-term clean energy generation in Ontario and Canada, said Chris Ginther, Senior Vice President, Corporate Strategy and Business Management at OPG: “We believe the new Darlington nuclear project is the first of many new nuclear opportunities that will need to be advanced as we take critical steps toward a net zero future. »

Microreactors are one of three development streams identified in a joint strategic plan setting a path for the development and deployment of SMRs released by the governments of Ontario, Saskatchewan, New Brunswick and Alberta in March, and Bruce in 2020 agreed with Westinghouse Electric Company to pursue applications of Westinghouse’s eVinci microreactor in Canada.