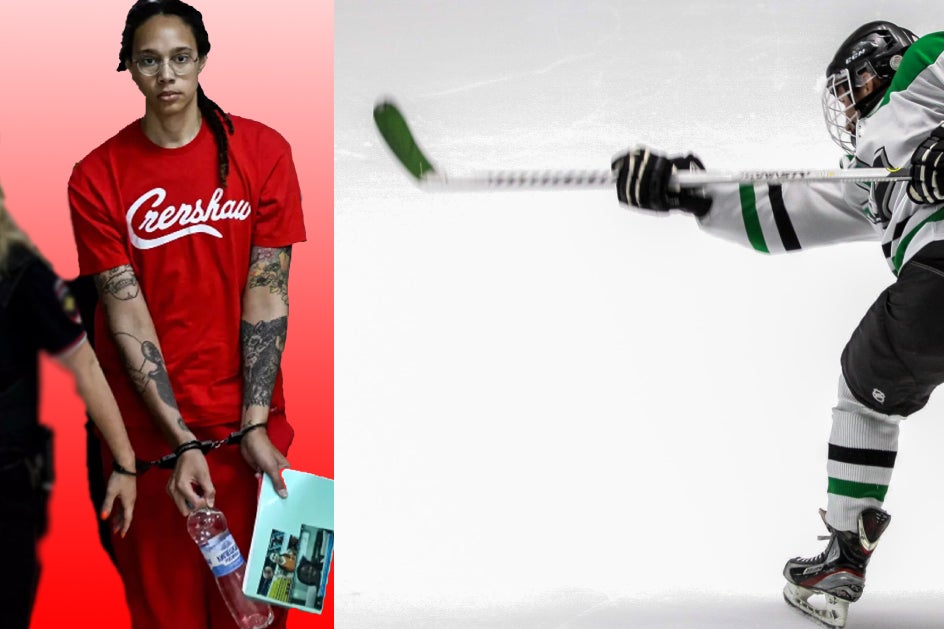 The Canadian government is worried about its professional hockey players who play in Russia and Belarus, fearing they will suffer the same fate as WNBA star Brittney Griner, reported the Toronto Sun.

Canadian regulators fear they won’t be able to provide the necessary support if one of the players ends up being detained in Russia or Belarus. The federal government is therefore advising athletes playing in these countries to leave as soon as possible, writes the media.

At present, 44 Canadian hockey players play in Russia and Belarus, and four others are in Kazakhstan. All 48 are on the Kontinental Hockey League (KHL) roster.

Considering that when Russia invaded Ukraine in February, Canada was among Ukraine’s earliest supporters, giving $626 million in military aid and $320 in humanitarian aid so far, therefore, some political pundits believe a scenario similar to Griner’s could happen to Canadian athletes.

Mary Popova, associate professor of political science at McGill University in Quebec City believes there is a real risk for athletes. “Anyone in Russia is always at risk of being trapped, incarcerated, used as a pawn in whatever local government, central government, etc. decides to do,” Popova said. “I think something like what happened to Brittney Griner is possible. The same playbook can be repeated in a case against a Canadian player for sure.

What happened to Griner?

Griner, an Olympian and WNBA champion, pleaded guilty to drug charges in Russia. Her defense focused on the fact that she is a registered medical marijuana patient in her home country who hastily packaged and accidentally brought medical cannabis to Russia. She was sentenced to nine years in a Russian penal colony.

After the verdict was read, President Joe Biden said the nine-year sentence was “unacceptable”.

Another issue that could possibly arise if Biden agrees to the prisoner swap is set a pattern for future cases like this. And we could see Russia, and some other countries, having more Americans held hostage and used to negotiate. And, at that point, maybe people from other countries that supported Ukraine, like Canada.

Is the risk so great?

On the other hand, Popova further pointed out that although the risk to Canadian players in these countries exists, she does not believe Russia is seeking to jail more athletesthere is no reason for that.

“I don’t see why Russia would try to use these people as a pawn because Canada is not Russia’s main problem in this war“, said Popova. “There is not much hope that Russia can change Canadian policy in Ukraine. They know that Canada is a firm member of NATO, clearly supporting Ukraine.

Nevertheless, the government has expressed its concerns on several occasions.

“President [Vladimir] Putin’s war in Ukraine is a war against freedom, against democracy and against the rights of Ukrainians and all peoples to determine their own future,” he wrote. Adrian Blanchardpress secretary to Foreign Affairs Minister Mélanie Joly, in a statement emailed to The Canadian Press.

“As Canadians, these are values ​​we hold dear. Athletes who decide to play and partner with Russia and Belarus should explain their decisions to the public.”

On March 5 and February 24, the state advised players not to travel to Russia and Belarus, respectively, Global Affairs Canada told The Canadian Press.

“Our government has been very clear. Canadians should avoid all travel to Russia and Belarus,” Blanchard said. “If they are in Russia or Belarus, they should leave now. Our ability to provide consular services may become extremely limited.”

If the warning was issued, then Why do some athletes still choose to play there?

For some it’s just a matter of doing their job and often earning a salary several times higher, especially in the case of female athletes, while it’s safe to assume there are those who are probably d agreement with Popova and believe that Russia will have no use in keeping them detained.

Photo: Courtesy of gerhard crous by Unsplash and Mdesigns by Pixabay