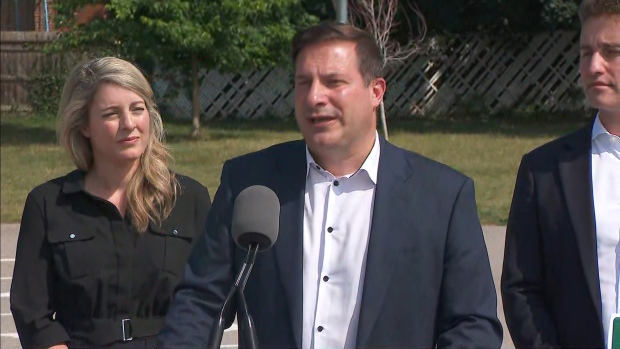 The federal government plans to expedite a ban on importing handguns into the country without parliamentary approval using a regulatory measure that will come into effect in two weeks, Public Safety Minister Marco Mendicino.

The change will last until a permanent freeze is passed in Parliament and comes into force.

The government introduced gun control legislation in May that includes a national freeze on the import, purchase, sale and transfer of handguns in Canada.

This law was not passed before Parliament’s summer recess and is expected to be debated again when MPs return to Ottawa in the fall.

Meanwhile, Foreign Affairs Minister Mélanie Joly has said she has the power to ban any import or export permits in Canada.

So far, she said no import permit system was required for owners and businesses to buy handguns from anywhere in the world and bring them to Canada.

“Working with Marco, we came up with the idea to create this new permit requirement system,” Joly said. “But in the meantime, we will refuse any permits.”

When the Prime Minister first announced the bill in the spring, Canada saw an increase in gun sales, Joly said, and this temporary ban will prevent stores from stocking up on guns while the bill is making its way through the House of Commons and the Senate. .

Government trade data shows that Canada imported $26.4 million worth of pistols and revolvers between January and June, a 52% increase over the same period last year.

The temporary ban will stop businesses from importing handguns into Canada, with some exceptions that mirror those in the bill introduced in May.

“Since almost all of our handguns are imported, that means we’re bringing our national handgun freeze even sooner,” Mendicino said. “From this point on, the number of handguns in Canada will only go down.”

Mendicino and Joly announced the change outside a Catholic elementary school in the Toronto suburb of Etobicoke, as children kicked soccer balls onto the field behind them.

The NDP says the government should have anticipated the “frenzy” of gun sales when it introduced the bill and reported on it sooner.

“Instead, they failed to implement the regulations sooner and let preventable tragedies happen,” NDP Public Safety Critic Alistair MacGregor said in a statement.

But PolySeSouvient, a group that represents survivors and families of victims of gun violence, applauded the government’s approach to freezing imports in a statement on Friday.

“This is an important and creative step that will no doubt slow the expansion of the Canadian handgun market until Bill C-21 is passed, hopefully this fall.” said Nathalie Provost, a survivor of the École Polytechnique shootings in Montreal in 1989.

Conservative Public Safety Critic Raquel Dancho said the move was aimed at law-abiding citizens and businesses rather than illegal and contraband firearms.

“Instead of addressing the real source of gun crime in Canada, the Liberal government is unilaterally banning imports without parliamentary intervention, impacting a multi-billion dollar industry and thousands of retailers and small businesses, with very little notice,” Dancho said in a statement. after the announcement.

In the ad, Mendicino accused the official opposition of obstructing passage of the bill and other gun control measures. Dancho, meanwhile, said conservatives support the fight against illegal gun smuggling and accused liberals of creating a gun control problem while making communities less safe.

Mendicino said he visited land borders over the summer to ensure the government had the personnel and technology to also tackle arms smuggling.

This report from The Canadian Press was first published on August 5, 2022.