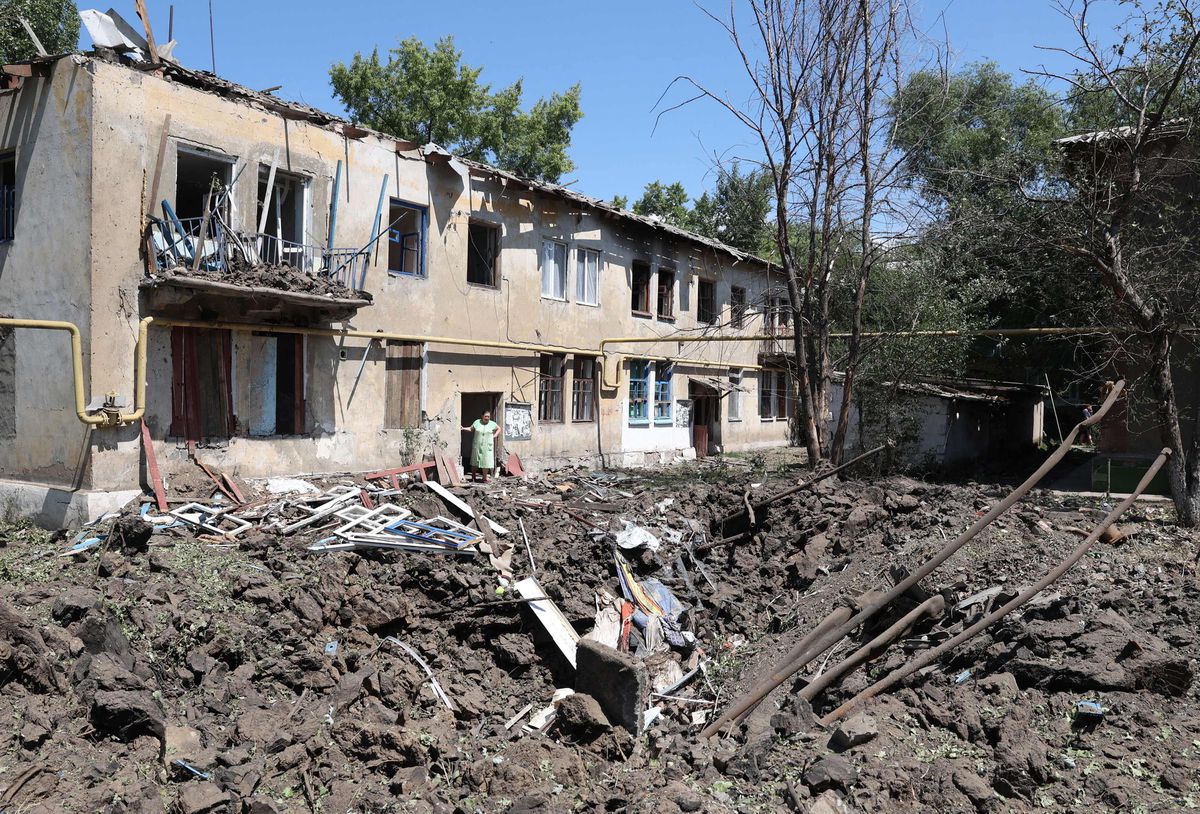 Canadian killed while volunteering to fight Russians in Ukraine

A Canadian who went to fight the Russians in Ukraine was killed in action, and his family is now seeking to bring his remains home.

“Global Affairs Canada is aware of the death of a Canadian in Ukraine. Consular agents are in contact with the family and provide consular assistance,” said a press release issued on Sunday by Marilyne Guèvremont, spokesperson for the department.

However, The Journal of Montreal The newspaper identified the dead as Émile-Antoine Roy-Sirois, a 31-year-old Montrealer, who went to fight in Ukraine in March.

The newspaper reports that Mr. Roy-Sirois was killed on the morning of July 18 in the town of Siversk while he was trying, with three other soldiers, to evacuate a wounded comrade. The New York Times reported that the other soldiers included two Americans and a Swede.

“When the war broke out, he said to me, ‘Mom, I can’t sit idly by. There are children dying,’” his mother, Marie-France Sirois, told the newspaper, noting that she had begged him during his time in Ukraine to come home.

Now she said she is awaiting news from Ukraine about the return of her son’s remains home.

On Sunday, the US State Department, when asked about the incident in which Mr Roy-Sirois died, said in a statement that it could confirm the deaths of two US citizens in Ukraine’s Donbass region.

The statement said the department is in contact with the families and providing all possible consular assistance, but could not provide further comment out of respect for the families.

In February, Foreign Affairs Minister Mélanie Joly said it was up to Canadians to decide if they wanted to join Ukraine’s new foreign legion to help the country fight off the Russian invasion.

Ms Joly told a press conference that the government had warned against all travel to Ukraine due to insecurity there. But she says Canadians can decide if they want to join the fight.

“We understand that people of Ukrainian descent want to support their fellow Ukrainians and also that there is a desire to defend the homeland and, in that sense, it is their own individual decision,” Ms. Joly said. “Let’s be clear: we are all very supportive of any form of support for Ukrainians at this time.”

Around the same time, British Foreign Secretary Liz Truss said she would support British citizens who decide to travel to Ukraine to fight.

And Ukrainian Foreign Minister Dmytro Kuleba invited foreigners to join the fight against Russia. He urged people around the world to contact their local Ukrainian embassy to enlist.

In June, the Russian Defense Ministry said 7,000 Western fighters were in Ukraine, including 601 Canadians, but the figures were dismissed by Global Affairs Canada as misinformation.

Tyler Wentzell, a doctoral candidate at the University of Toronto’s law school with a background in the history and law of Canadian foreign fighters, said Roy-Sirois’ death is a tragic but predictable result of the involvement Canadians at war. .

In an email exchange, Wentzell said on Sunday he had seen no official policy on the repatriation of wounded or Canadian remains, which is understandable given the need for flexibility in a diplomatic situation. complex.

“It remains to be seen to what extent the federal government will want to overtly play a role in the process, or do it quietly behind the scenes,” he said.

Mr. Wentzell noted that his main concern at the moment is captured Canadians.