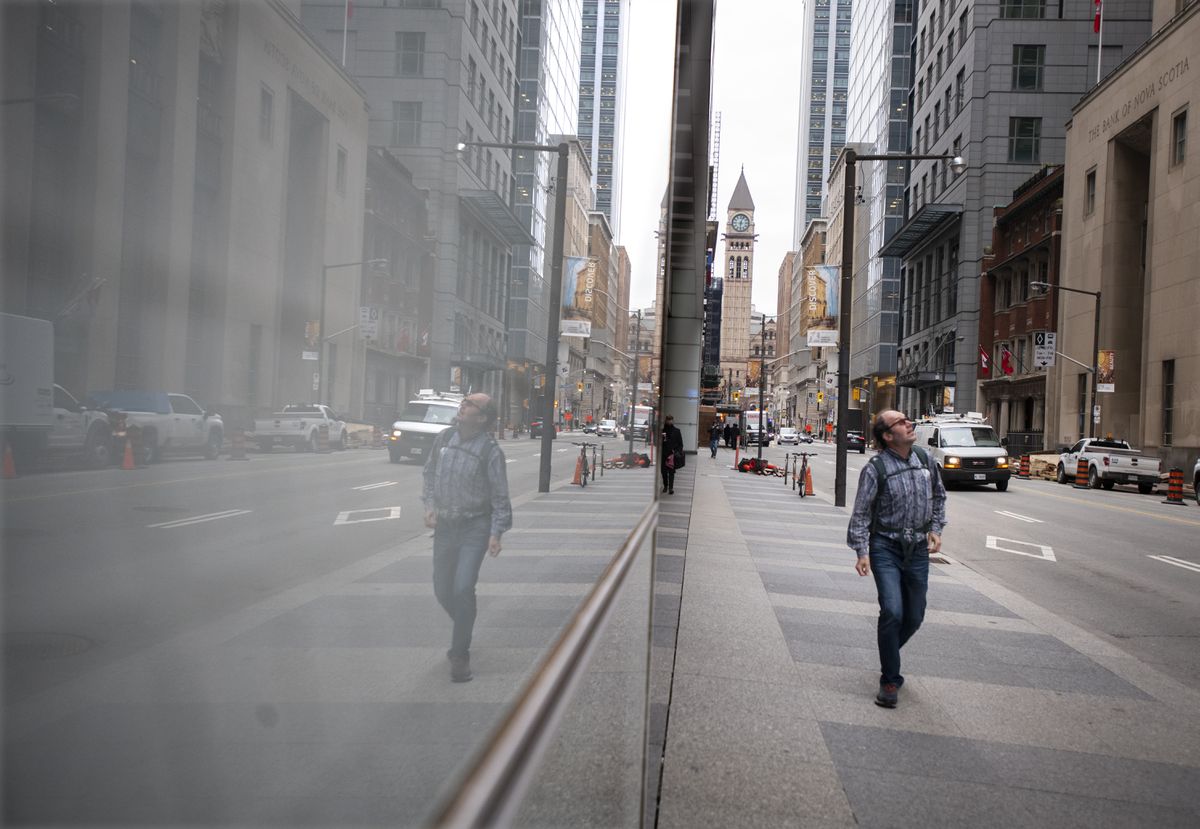 Concerns over the rapid spread of the Omicron variant challenge the company’s plans for a wider return to the office in January and put additional pressure on local businesses that had benefited from higher foot traffic in neighborhoods commercial.

On Tuesday, Sun Life Financial Inc. announced that it was on hold a back-to-office pilot project until the end of January and would not add additional employees to the program, which launched last summer, citing concerns about Omicron. The company was also considering additional security measures in its office, although the vast majority of its staff still work remotely.

A day earlier, the Bank of Nova Scotia said a previously announced plan to hire most employees with a phased return to the office on Jan. 17 had been suspended. Spokesman Clancy Zeifman said the bank is “putting plans on hold” in response to the latest guidelines from the Ontario government “and will reassess the schedule in the new year.”

The province’s chief medical officer of health, Kieran Moore, recently urged employers to keep employees working remotely whenever possible, and Ontario and Toronto have delayed plans to bring more public servants back to the office.

While most of Canada’s largest employers have yet to issue company-wide orders to regularly bring employees back to the workplace, a growing number of people have shown up in offices, either voluntarily or with the gentle encouragement of their superiors. The emergence of Omicron, on the eve of the Christmas holidays, now threatens to reverse this trend, at least in the short term.

In Toronto’s financial district, “foot traffic was absolutely increasing,” said Lara Zink, managing director of Women in Capital Markets. “I think this is all on hold.” As the number of COVID-19 cases rises, bank workers will likely be urged to stay home, she said.

For small businesses like downtown restaurants, cafes and barbers, returning to the office also meant returning customers. Delay means these businesses have to hold out longer with reduced foot traffic.

Christine Leadman, executive director of the Bank Street BIA in downtown Ottawa, said the pandemic has been devastating for businesses in the heart of her city, which includes a number of federally owned office buildings .

“Our main streets are really suffering,” she said.

She said there appeared to be an increase in the number of workers returning to the office this fall, which generated some optimism among its members. But she said a number of businesses in her district were concerned about the variant.

“This is a serious concern for businesses,” she said. “People who maybe took their lunch hour to get their hair done, or go get that extra Christmas present they missed… it’s all gone.”

Many employers have refined hybrid work arrangements and experimented with rotating staff in the office to meet physical distancing guidelines. But with the new variant creating renewed uncertainty over the government’s plans to reopen, “many businesses have now delayed their return-to-work strategies,” said Rocco Rossi, CEO of the Ontario Chamber of Commerce, in a statement. E-mail.

Telecommunications giant Telus Corp. aims for a “voluntary and limited” return to the office from Jan.31, but is monitoring developments around Omicron and will make a final decision in mid-January. Even when Telus’ offices reopen, the company expects around 90% of employees will continue to work remotely.

“We are monitoring the situation closely and will quickly implement the required changes to our return-to-office plans,” Telus spokesperson Erin Dermer said in an email.

Manulife Financial, the nation’s largest insurer, last month announced plans to reopen its buildings on Jan. 24, implementing hybrid working arrangements that will require staff to come three days a week. A company spokesperson declined to comment on the status of that plan on Tuesday.

Other large banks and insurers, which have essential staff working on-site but a majority of employees working remotely, have repeatedly pushed back deadlines for a broader return to the office and, more recently, have avoided setting deadlines. firm target dates. On Tuesday, spokespersons for several major financial institutions declined to provide updates on their planned timelines.

Even workers in jobs that were at the forefront of the march to office might be forced to retreat. In banks, many traders have spent months working rotating schedules that keep trading rooms busy but below full capacity. But even they may be forced to return to home offices set up in the early months of the pandemic.

“I suspect that the trading floors will be temporarily closed until the data confirms what we are dealing with,” Ms. Zink said. “I wouldn’t be surprised if everyone had to stay home until the end of January, until the full effect of the holidays was over us.”