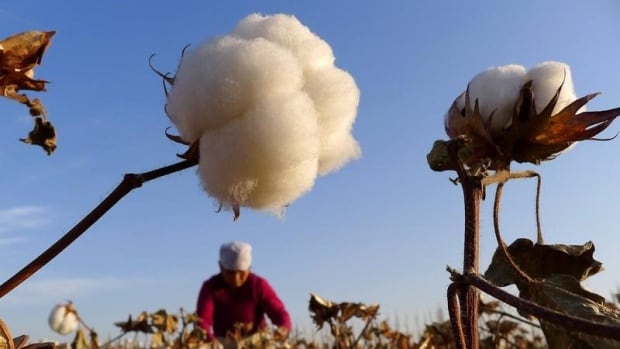 The federal government today announced a series of new regulations aimed at ensuring that Canadian companies are not complicit in human rights abuses or the use of forced labor in China’s Xinjiang province.

The measures include new requirements for companies doing business in the region and a commitment to ban the export of products from Canada to China if there is a chance that they will be used by Chinese authorities for any purpose. surveillance, repression, arbitrary detention or forced labour.

“Canada is deeply concerned about the arbitrary detention and massive mistreatment of Uyghurs and other ethnic minorities by Chinese authorities,” Foreign Affairs Minister François-Philippe Champagne said in a press release shortly before leaving the country. ministry to become the new Minister of Innovation, Science and Industry.

“No one should be mistreated on the basis of their religion or ethnicity,” Champagne added.

Today’s actions represent the strongest action ever taken by Canada in the face of growing international criticism of the Chinese government over its policies in Xinjiang – but they stop short of imposing ‘Magnitsky sanctions’ on Chinese officials – what a parliamentary committee called for that found China’s actions meet the definition of genocide.

According to UN experts and activists, more than a million Uyghurs, Kazakhs and others have been arbitrarily detained in prison-like political indoctrination centers. China says the centers are meant to fight extremism and teach job skills, but former residents and rights groups say they target Islam and minority languages ​​and cultures.

A coalition of civil society organizations has also accused China of forcing hundreds of thousands of Uyghurs and other minorities to pick cotton by hand. The vast western province produces 85% of China’s cotton and 20% of the world’s supply, which is sold to fashion brands around the world.

The Center for Global Policy, a Washington-based think tank, found in a December 2020 report that a significant portion of Xinjiang’s cotton is highly likely to be “tainted with forced labor.”

Canada already bans the importation of goods produced by forced labor as part of its obligations under the Canada-United States-Mexico Agreement (CUSMA), Global Affairs Canada said in a news release.

The new regulations also require Canadian companies operating in the Xinjiang market to sign a declaration acknowledging that they are aware of the human rights situation in the province and pledging to carry out due diligence with Chinese suppliers to ensure that they do not knowingly source products or services from companies that use forced labor.

The new measures were announced in concert with similar measures taken by the UK, although this government has promised to impose financial penalties on companies that do not comply, which does not appear to be part of the approach. from Canada.

Last fall, the House of Commons Subcommittee on International Human Rights released a report stating that China’s persecution of this Muslim minority is a gross violation of human rights and is aimed at “eradicating the culture and religion Uyghurs”. The Chinese Foreign Ministry responded by accusing the committee of spreading lies and misinformation.