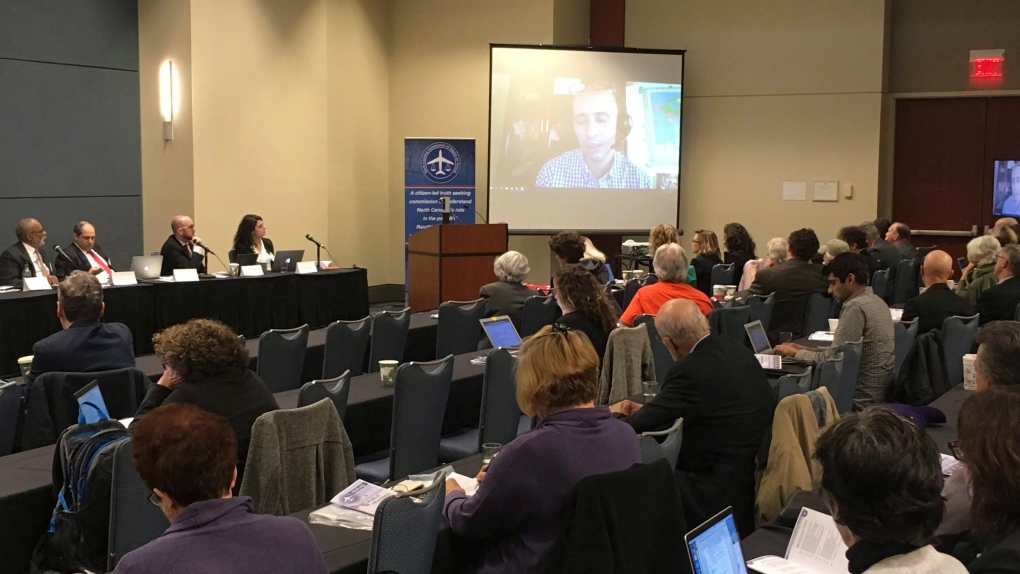 A former Guantanamo Bay detainee is suing the Canadian government for his alleged role in his 14 years behind bars marked by torture and intimidation.

Mohamedou Ould Slahi, a Mauritanian who has lived in Montreal for two months, launched a $35 million lawsuit on Friday alleging that misinformation provided by Canadian authorities contributed to his detention at the offshore US military prison, where he was said to have suffered severe beatings, sleep deprivation and sexual assault.

A statement from Slahi, whose story has become a best-selling memoir and Hollywood movie, says surveillance by Canada’s spy agency and police was passed on to his American interrogators. Eventually, their “torture broke him” and prompted a false confession to a plan to blow up the CN Tower, which he had never heard of, according to court documents.

Slahi, now a 51-year-old writer-in-residence with a Dutch theater company, left Canada in 2000 after Canadian Security Intelligence Service and RCMP authorities began questioning him about his alleged links to Ahmed Ressam. , the so-called millennium bomber who planned to attack the Los Angeles airport. The two had briefly attended the same grand mosque in Montreal.

The Federal Court of Canada ruled in 2009 that Slahi, who was once a permanent resident, was not entitled to the intelligence documents because he was neither a citizen nor subject to legal action in Canada.

The Attorney General of Canada has yet to file a response to the allegations against CSIS and the RCMP, which did not immediately respond to requests for comment.

Mustafa Farooq, head of the National Council of Canadian Muslims, said Canada’s alleged complicity in the torture of a Canadian resident stems from Islamophobic stereotypes and accountability is needed.

“The reality is that Mr. Mohamedou was in danger in part because he happened to be praying in a mosque, where he was in the wrong place at the wrong time and was under surveillance by the Canadian state,” Farooq said in a phone interview.

“Part of the reason this is so horrific is that the Canadian government and Canada’s National Security Administrations participated in the torture of a man who had done nothing wrong, that we were aware of. and that we tried to make sure Canadians never knew about it.”

Farooq drew comparisons with the cases of Maher Arar and Omar Khadr.

Arar, a Syrian-Canadian, was detained in New York in September 2002 and sent overseas by US authorities, ending up in a dungeon-like prison in Damascus. Under torture, he made a false confession about his involvement with al-Qaeda. He agreed to a $10.5 million settlement and accepted an apology from then-Prime Minister Stephen Harper for “any role Canadian officials may have played” in the case.

The case of Omar Khadr, a 15-year-old Canadian citizen who was detained at Guantanamo Bay for 10 years for the wartime killing of a US Army sergeant in Afghanistan, has come to a head. to a $10.5 million legal settlement with the federal government in 2018.


This report from The Canadian Press was first published on April 23, 2022.