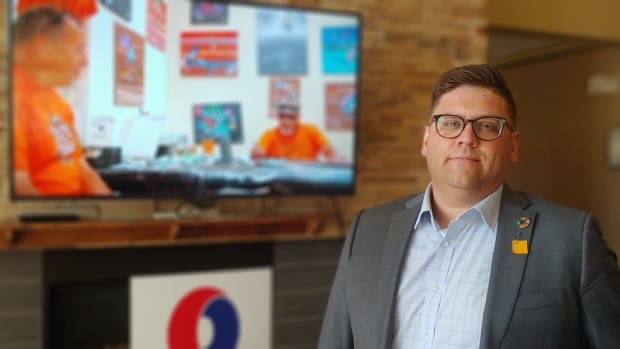 As Canada marks the first National Day for Truth and Reconciliation On Thursday, some businesses are finding ways to embrace reconciliation even if they are not covered by the new holiday.

“It’s absolutely crucial that private companies prioritize anti-racism work, prioritize this kind of reconciliation,” said Sheena Russell, founder of Made with Local, a granola bar company stocked in stores across the country. Canada and based in Dartmouth, Nova Scotia.

Russell and his local partner bakery are closing Thursday to give staff time to learn about Indigenous experiences and support cultural change.

Federal government employees and those in federally regulated sectors such as energy, financial services and telecommunications are covered by the leave, which fulfills one of the Truth and Reconciliation Commission 94 calls to action.

British Columbia, Northwest Territories, Manitoba, Nova Scotia, Prince Edward Island, and Newfoundland and Labrador provide a day off for provincial government employees, but no ‘do not force businesses to close. Other provinces do not recognize it as a statutory holiday.

Some municipal governments, including Ottawa, Saskatoon, Edmonton, Calgary and Vancouver, are closing their offices.

Businesses across the country are taking action in different ways on September 30 to honor Indigenous people, survivors of the residential school system, their families and those who have never returned home.

Ta7talíya Nahanee, CEO of Vancouver-based Nahanee Creative, which she describes as an agency for social change, said businesses have a key role to play in reconciliation, but “there is a long-standing sense that it It’s the government’s job to make reconciliation or it’s indigenous people’s job. ”

Nahanee, who is Sḵwx̱wú7mesh (Squamish), said businesses can be part of reconciliation by raising awareness, working with Indigenous vendors, hiring Indigenous staff and more.

A time for reflection

At Made with Local in Dartmouth, Russell, who is aware that his “little team of white settlers” operates in traditional Mi’kmaq territory, wanted to ensure that his staff’s free time was spent for reflection and not just to relax. .

Russell gave each of his four staff a pair of books by Native authors.

She said the intention was not to have “people take a day to smash Netflix or whatever,” but rather to talk about education through “learning and listen”.

The company is also donating to two local Indigenous charities and Russell said it is looking for ways to engage with Indigenous entrepreneurs as part of its business plan.

The company, which operates commercial buildings and has seven offices in five provinces, has therefore proposed another solution to mark the occasion.

Despite the logistical challenges of managing 100 active construction sites in three time zones, most of Chandos’ 500 employees, as well as a few hundred contractors and subcontractors, will drop off their tools at the same time on Thursday for 90 minutes.

Starting at 2:30 p.m. ET, they will gather around large-screen televisions for a video conference and residential school awareness session. It includes a video of a residential school survivor and Indigenous artist Freddy Taylor.

“I think it’s particularly powerful,” said Coldwell. “We believe that as a corporate citizen, this is the right thing for us as an organization.”

Coldwell is aboriginal and a member of the Mohawks of the Bay of Quinte, a community near Belleville, Ontario.

He would like to see more “leadership position” from the provinces and territories so that workers across the country have the opportunity to recognize truth and reconciliation.

At Deloitte Canada, plans for the National Truth and Reconciliation Day are flexible, but the company says its commitment to supporting Indigenous communities is strong.

The consulting and professional services giant gives each of its 12,000 employees three hours to attend live or virtual community events focused on reconciliation. This time can be used at any time over a month.

The company also offers its own programming for employees, created with the help of Indigenous advisors.

On top of that, Deloitte pays for the orange shirts workers are required to wear on Thursday and gives them a list of certified native sellers from which to purchase shirts.

“Each year, we gradually embark more on our global journey to reconciliation,” said Alexandra Biron, Senior Director of Deloitte Indigenous.

Biron, who is based in Toronto and has an Anishinaabe / Ojibway heritage, is a key part of this trip. She wrote a report on how the company engages with Indigenous communities in 2019, and the firm created a new position focused on reconciliation for her as a result.

In 2020, Deloitte launched its Reconciliation Action Plan, which it said was the first corporate reconciliation plan in the country.

One of the company’s commitments is to hire enough Indigenous workers to “reflect contemporary Canada,” Biron said. “This would reflect a five percent membership made up of First Nations, Métis or Inuit.

Another goal is the economic empowerment of First Nations by ensuring that five percent of the company’s procurement budget is spent with Indigenous suppliers.

The company offers mandatory Indigenous cultural awareness training and an educational program on reconciliation throughout the year.

The growing business of reconciliation

At Nahanee Creative in Vancouver, it’s hard to keep up with the pace of reconciliation as companies come to the agency for help on raising awareness of Indigenous culture and evolving corporate values.

“We doubled our sales from last year. It was just me and an assistant,” Nahanee said. “Now it’s me and a team of five.”

A graphic designer and communications expert for over two decades, Nahanee has focused over the past five years helping organizations make their workplaces and business practices more inclusive for Indigenous peoples.

Nahanee offers workshops and seminars and has also created educational tools like workbooks and even a board game called Sínulkhay and scales, which is based on Snakes and Ladders.

The Sínulkhay (pronounced say no kī) is a two-headed serpent described in the legend Sḵwx̱wú7mesh (Squamish), and it represents that people have both good and bad qualities.

The game is grounded in Indigenous ways of knowing and takes players on an educational journey through real-life scenarios, teaching them to engage with First Nations cultures and set aside colonial assumptions. Missteps cause them to retreat with the Sínulkhay, while progress moves them forward on a ladder.

Nahanee said the game reflects the top-down and top-down nature of change, giving people a chance to recognize their mistakes and do better.

“The last thing I want is whoever remains ashamed of colonialism. We all have to stay in the game.”

Nahanee Creative has seen a huge spike in corporate interest following coverage of the discovery of buried remains of Indigenous children and anonymous graves near residential school sites this summer, Nahanee said.

Demand is so high that the company has created pre-recorded online mini-courses that it is launching on Thursday.

Nahanee is encouraged to see businesses and the country celebrate the first National Truth and Reconciliation Day.

And her new videos mean she’ll be spending the day with her family, including her dad, a residential school survivor.

“I am excited for the day. We will take care of our hearts and minds.”

Support is available for anyone affected by their residential school experience and for those triggered by the latest reports.

A national residential school crisis line has been established to provide support to former students and those affected. People can access emotional and crisis referral services by calling the 24-hour National Crisis Line: 1-866-925-4419.