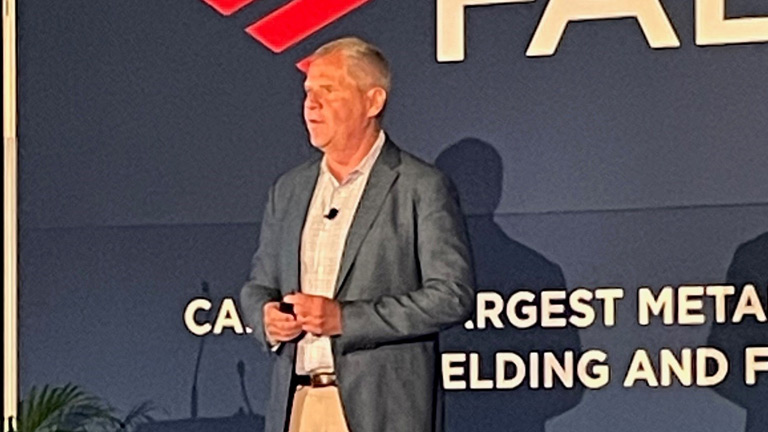 TORONTO — Canadian manufacturers face a series of challenges, including a looming labor shortage, the head of Next Generation Manufacturing Canada said today.

“It’s a very disruptive and very volatile business environment today,” said Jayson Myers, CEO of NGen, during the opening keynote at the FABTECH Canada SMB Show at the Toronto Convention Centre. “It’s going to be a tough few years here.”

One of the biggest issues facing Canadian manufacturers is an aging workforce, Myers said.

Russia’s invasion of Ukraine in February caused oil prices to spike. The average price of gasoline in the United States is now over $5 per gallon. Inflation is rising worldwide. In the United States, the Federal Reserve raises interest rates in an attempt to calm inflation.

Myers also said there were more tensions between Canada and its southern neighbour. “We see the United States becoming more protectionist,” he said.

Beyond that, Myers said, Canada and other countries face challenges in developing electric vehicles.

Companies need to think of themselves as providers of solutions, not just products.