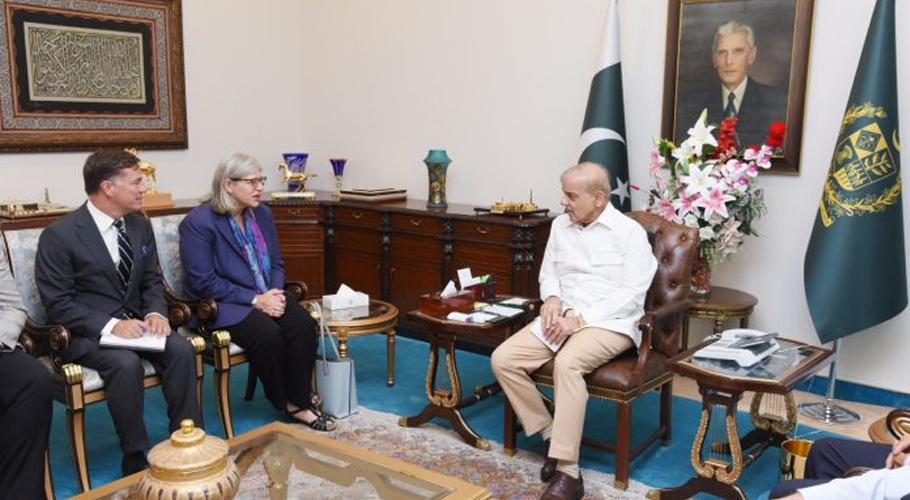 The Prime Minister was talking to the High Commissioner for Canada, Ms. Wendy Gilmour, who called him here.

During their conversation, he spoke of the long-standing relationship between Pakistan and Canada, marked by cordiality and friendship.

While briefing the High Commissioner on the government’s business-friendly policies, the Prime Minister urged Canadian companies to take advantage of these policies to make investments in Pakistan.

Speaking of his confidence that the Reko-Diq project would generate jobs and create economic activity, especially for the people of Baluchistan, he expressed hope that Barrick Gold would soon commence work on the site to begin reap the dividends of the project.

The High Commissioner said Canadian companies would be encouraged to explore economic and investment opportunities in Pakistan.

In the regional context, the Prime Minister stressed the imperative to maintain peace and stability in Afghanistan, while urging the international community to intensify its efforts to avoid humanitarian and economic crises in this country.

Regarding Ukraine, the Prime Minister, while reaffirming Pakistan’s principled position to uphold international law and the Charter of the United Nations, urged the international community to remain engaged in the search for a peaceful solution to this grave problem, through diplomacy and dialogue.

He also told the High Commissioner that Pakistan had sent four consignments of humanitarian aid to the Ukrainian people.

Noting that there was an active Pakistani diaspora in Canada, the Prime Minister stressed the importance of improving people-to-people contacts and high-level exchanges.

He also stressed that the two countries should celebrate the 75th anniversary of the establishment of diplomatic relations in an appropriate manner.

The Prime Minister cordially invited Prime Minister Justin Trudeau to pay an official visit to Pakistan, as this would certainly help strengthen the ties between Pakistan and Canada.