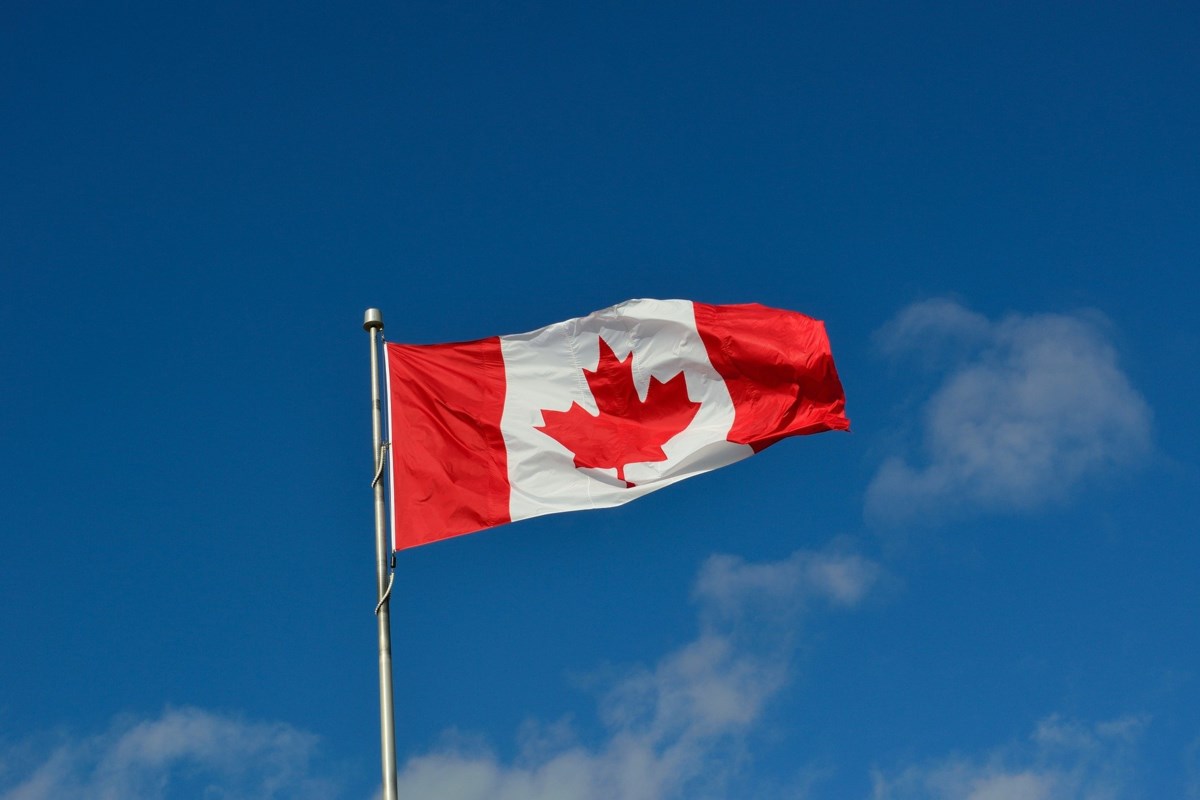 Four years ago, a small group of British Columbians helped a friend flee the war in Syria. When the former refugee became a citizen, a friend was banned from attending the ceremony.

I cried tears of joy.

A friend of mine who left the destruction and despair of Aleppo, Syria, became a Canadian citizen on January 24th.

And, for me, it is a cause for great joy and celebration.

I too am an immigrant, a naturalized Canadian citizen.

And I, too, experienced the ceremony.

Compared to my friend’s journey to citizenship, my family’s immigration to Canada was a walk in the park.

We came from England at the end of 1971 so that my father could work in Trail, British Columbia.

The memory of our departure still hurts. Indeed, last October I stood on a train platform in the city of Leeds, where 50 years ago my grandparents stood outside the train waving as we drove off towards from London. And, I cried at the memory. Half a century later, the pain remains. It is not an easy thing to leave one’s homeland and one’s extended family. Even typing this, I’m choking.

However, I consider myself lucky.

I did not have to live through a brutal dictatorship like that of Syrian President Bashar Hafez al-Assad.

I didn’t have to put up with my house being bombarded relentlessly.

I did not have to witness the destruction of the city in which I lived.

I didn’t have to flee to the safety of Beirut, Lebanon to get to Canada.

In all of this, I have been blessed beyond measure.

Also, after covering refugee cases, I have been stunned by the recklessness, even callousness, of some Canadians who attempt to deny Canadian citizenship to others fleeing here for their lives.

A former senior journalist has slammed Sri Lankan refugees who spent all their life savings coming to British Columbia in rusty, leaky boats to escape the civil war. He said they should have lined up outside a Canadian consulate in their country to be treated like any other applicants.

I replied that it is difficult to fill out forms and wait for the mail when people nearby want to cut you to pieces with machetes. Yes, I have listened to the stories of some of these Sri Lankans, some of whom arrived one August on the MV Sun Sea freighter. I saw their injuries, their missing limbs, as they were led in chains through a Vancouver office tower for refugee hearings. Some were little old ladies, their heads bent in despair. Yes, terrorists.

More than 12 years later, I wanted to be part of my friend’s ceremony, to see him live this deeply touching rite. I cry every time I witness it.

Citizenship comes with a great privilege: the right to vote for Canadians, the right to carry one of the finest documents in the world – a Canadian passport.

I don’t take these things lightly for granted. I am deeply grateful to them. I didn’t get them by accident at birth.

And, as my friend told me, “The most beautiful thing about being Canadian is the right to self-expression.”

It’s freedom of speech, my friends.

However, when I joined the ceremony’s Zoom meeting, I was kicked out. People who take the oath of citizenship only, I was told.

And, while I accept the pandemic restrictions, it’s something I have to protest.

And, as part of that “we,” I really, really wanted to be part of my friend and become a member of this club that we call the Canadiens. I’m a bit biased but it’s one of the best clubs in the world.

Moreover, there is another “we” involved.

It’s a group of people who bonded six years ago to help someone unknown at the time. Some were friends, others strangers. We (that word again) have come together for a common purpose, the noblest of callings, to help one another.

To be fair, the invitation to the oath really wasn’t to be shared. And, I can excuse my friend for sharing it. They were excited.

No zoom at hostel

To be fair to the organizers, there are restrictions on Zoom, making it difficult for multiple people to attend an event with all microphones muted. Citizenship applicants must be allowed to speak and everything else must remain silent. And, we don’t need people to be jerks and interrupt. I respect that.

Could the organizers have done otherwise?

Well, it’s a citizenship court with the oath administered by a judge. I’m often in court and they don’t use Zoom. They use Microsoft Teams.

No media, I was told, although I explained that I am both a media and a member of a sponsorship group.

“Due to privacy concerns, media are unable to attend our standard virtual ceremonies,” said Julie Lafortune, spokesperson for Immigration, Refugees and Citizenship Canada. “Candidates do not sign media consent forms prior to these events and their names and images appear on screen throughout the event.”

All I could see before I got started on Zoom was faces with numbers.

In all the in-person ceremonies I have attended, I have never seen a media ban, nor seen people signing consent forms at such public events.

Additionally, Lafortune said, “at this time, only select ceremonies being broadcast live are being shared with the media. We continue to explore alternative video conferencing platforms that have the functionality required to handle large volumes of attendees while ensuring client privacy during the administrative stages of the ceremony.

All that said, my friend’s ceremony is over.

My heart was with them in spirit and my soul soared as it was a beautiful day in the life of a beautiful person.

I do not name my friend. Unfortunately, there are people in this country who will attack refugees and immigrants. Despite the usual bigoted assumptions, my friend has been employed almost since he arrived and helps others. Our group raised funds through friends and colleagues and helped them find housing and furniture. Taxpayers did not pay for this.

I won’t expose my friend to this, and I won’t let such things ruin this wonderful day. More than seventy people from around the world have become Canadians. And it’s a beautiful thing.

I am deeply grateful to be Canadian.

“The journey of belonging has been and is not easy. I remember the first day I arrived in Canada. I thought to myself ‘why am I here? How stupid I was when I left my country and entered the unknown.

“It feels like I’m in the middle of the black dark ocean, not knowing where to go, how to start,” they said, tears flowing.

“Challenges are really very important in the life of a human being because they make us stronger.

“Despite the days I spent crying or feeling depressed, this journey of struggling for survival adds more skills, experience and makes me more resilient.”